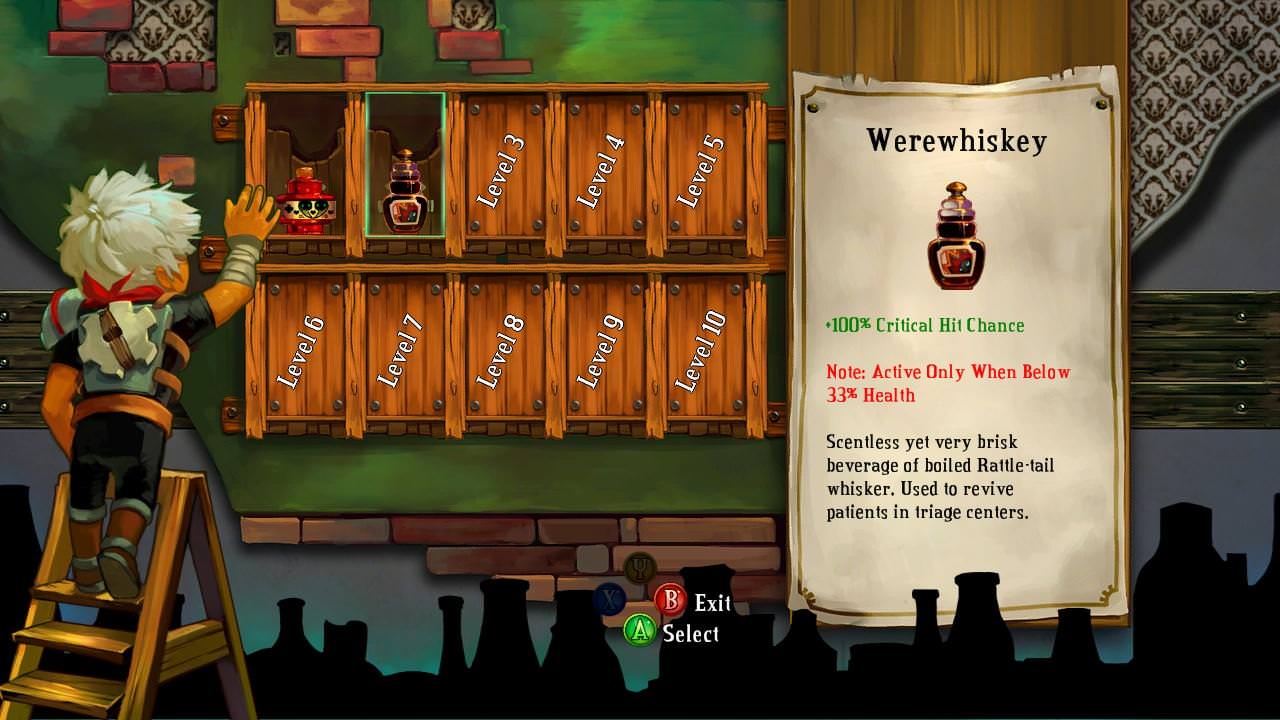 In RPGs (especially those of the 90s and early 2000s), game designers typically increase difficulty by creating increasingly powerful enemies (and more dangerous groups). To balance this, player characters engage in combat, gain experience points, and level up. Obviously, you want the game should increase in challenge/difficulty over time, or it starts to bore the player.

With this approach, players have an advantage: if stuck, players can grind (kill monsters over and over again) and be able to progress further (in contrast to remaining stuck in the same impassable area). However, it also includes a couple of drawbacks for the player:

The Brilliance of Bastion

Bastion solves both these problems by allowing you to "re-spec" or change your upgrade decisions at virtually any point in the game.

In Bastion, when the player levels up, they unlock a slot for "Spirits," which provide stats boosts; the player also receives a few unique choices per slot. The player can always return to the Distilliary building and change which spirits they've selected.

With weapons, Bastion follows a two-step process: first, you find an upgrade item, and pay to unlock it. Once you do that, the game presents you with two options per upgrade; you can pick between them (and change your choices) at any time. 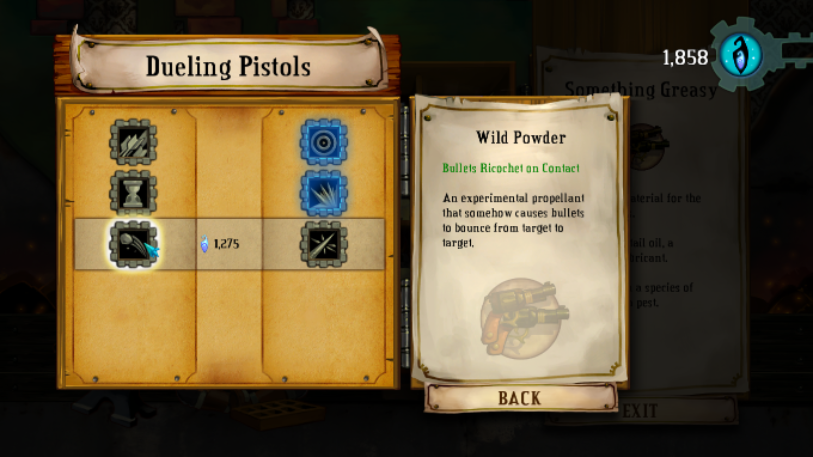 At a micro-level, the user can pick individual upgrades. However, with both spirits and with weapon upgrades, the player can create builds at a macro level. Many of the options harmonize well with other options; and between the choice of player upgrades and weapon upgrades, the player can craft a large number of builds that suit their particular preferences of playing style and their choice of weapons.

Best of all, the player can test and tweak their builds, and change their minds at any time. This, in addition to the unparalleled flexibilty, gives the player a lot of freedom.

But, it comes at a cost: some combinations are obviously more powerful than others, and some are quite unbalanced. This makes the game design a bit more challenging, because the designer needs to handle a wider range of possibilities.

As game designers, I think we can learn a lot from Bastion's design:

Finally, many games already implement flexible builds today, including League of Legends and DOTA 2, and even classics like Final Fantasy 5. We can see, from this, that the concept of flexible builds can apply to different game genres.

If you think flexible builds can add to your game, try it, and see if the benefit of multiple progression paths outweighs the cost of slightly more complex game balancing.

Like this article? Consider joining our insider community on Patreon. We offer some pretty slick rewards.