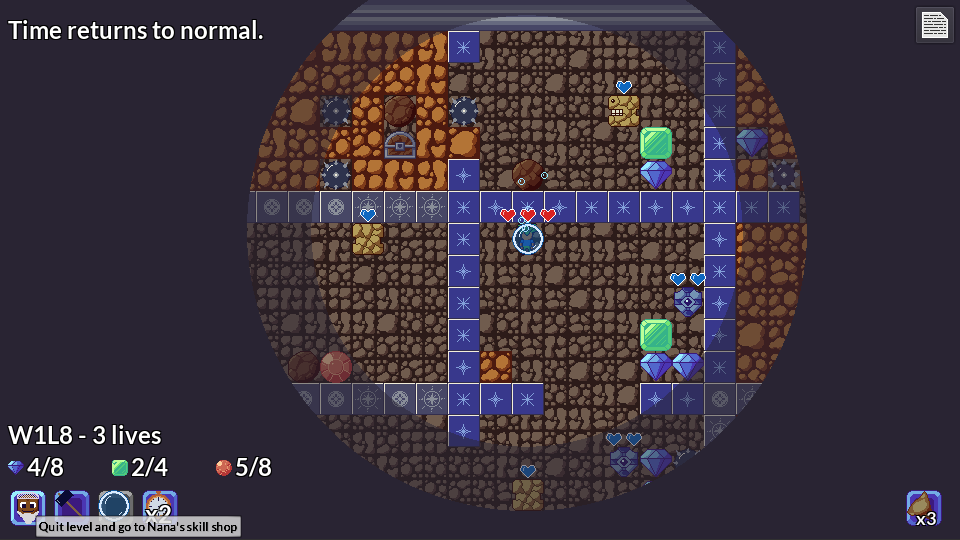 Despite not working much on Gem Worlds during Ramadan, I'm very happy to announce:

Based on feedback from a couple of players, I changed a number of things in the game; most notably: - I added keyboard bindings and fixed tooltips for all skills and items - You can change sklils at any time, by quitting to the skill shop (you resume back from the same level afterward).

While this resulted in lots of people looking at Gem Worlds, it resulted in a mere ~30-ish downloads. This confirms one of my hunches from a few months back: the core game itself isn't that interesting or captivating. Based on the feedback I received from a couple of players, despite being designed as "play, die, retry with different skills," the replayability and interest in continuing through the game is minimal or zero.

This dramatically hurt my motivation to work on the game. It's the biggest game I've ever made (by at least 50%). Regardless, my plan is to inshaAllah continue slogging through the leftover work to get the game out.

At this point, I may not run a beta version, either; that requires at least a significant amount of players (new and recurring), which I didn't get access to. I'll provide updates on that as development continues.