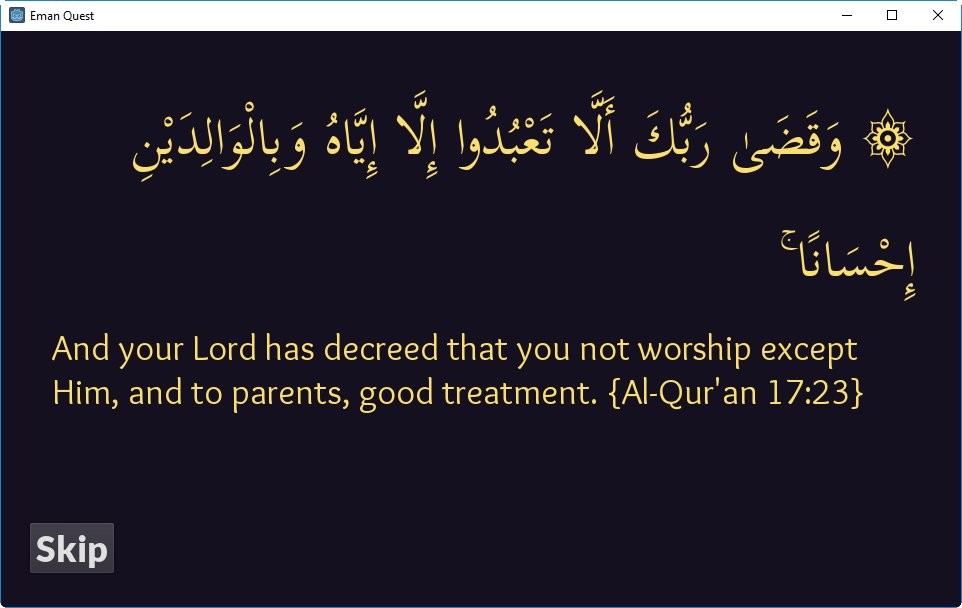 I recently engaged in a conversation with someone about religion and games; specifically, about me showing, explaining, and playing the audio of verses of the Qur'an in my games. This discussion lead me to think about, question, evaluate, and eventually understand (at a deeper level) why I do this, and why I included that section in that game.

To summarize: I think the use of religion (specifically, elements of Islam and Muslim culture) in games is essential for many reasons, including breaking stereotypes and building a deeper understanding of what Islam's canonical texts really mean. In fact, the word "deen" in "Deen Games" means religion, but it also means "a way of life."

Why Integrate Religion Into Games?

So, the core issue: why bother mixing religion with games? Certainly, this is not something people ask for (barring a very narrow definition of "game" and focusing on educational aspects, usually in the form of quizzes).

Some thoughts that come to mind: - Religion, in general, is something that is often looked down upon as "backward," "violent," and not useful. - Religion in games, is seen as almost a taboo; something people just don't do. - In the past, some people have made thinly-veiled religious propaganda as games

In particular, if you look at the demographic of Muslims, it paints a similarly bleak picture: - Muslims are often portrayed as terrorists, oppressors, and backward in media - Games are no better - Muslims commonly appear as the antagonists in first-person shooters, supplanting Nazis

Knowing all this, a not-so-obvious solution becomes obvious: why not use games to counter the negativity and stereotypes around religion and Islam in particular? Games reach around the world, but can uniquely engage players interactively; can create fantsatic scenarios that don't exist outside; and can cast players in the role of those they wouldn't normally choose to be. Games can show an alternative view, and potentially build empathy for marginalized groups. (In fact, some ideologies already use games to achieve all these goals.)

That brings us back to Deen Games. Our mission is not to create religious propaganda or poorly-disguised quizzes. We actively work to create fun, innovative, unique, accessible games that include Muslim culture, history, and beliefs as an integral part of the game universe.

As one person aptly tweeted:

If your beliefs do not bleed into your creative process on some level, they are not your beliefs. I expect a game made by Muslims to have some aspects of their beliefs even if they're not overt. Scrubbing games of every hint of a belief system to avoid offense is imo offensive.

What we can Learn from Islamic Games 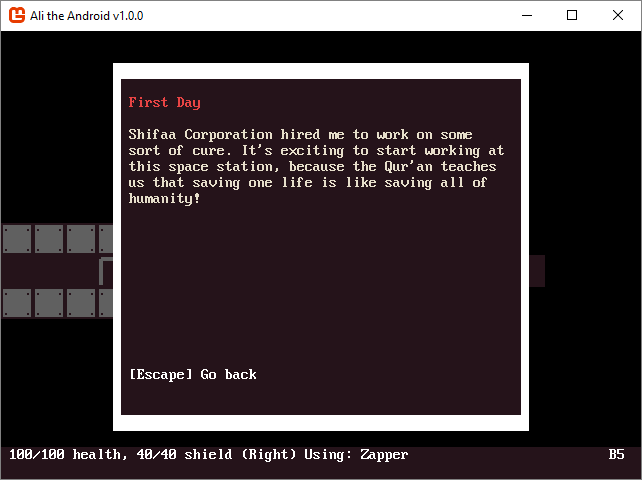 My specific interest within Islamic games is to create games that leave the player with an understanding and practical application of canonical texts of Islam through games. Because games allow us to create arbitrary fantastical scenarios and situations (fantasy and sci-fi in particular), this provides us a rich, fertile ground for creative expression and building a real understanding.

Creating Islamic games with visibly Muslim characters not only breaks stereotypes, but it also normalizes us in popular culture, contrary to how we're often portrayed in media.

It also confers an additional benefit: it allows us to easily break the common tropes/stereotypes of games. For example, a fantasy game like Eman Quest might contain slimes, bats, sentient rocks; but also jinns and other creatures/elements drawn from our Islamic theology and history.

It's a Trade-Off Though

Like choosing a pixel-art or low-poly aesthetic to your game, choosing to include Islamic elements comes with some down-sides. I expect the benefits to (greatly) overwhelm the downsides, which include:

Thanks for taking the time to read this! I highly encourage you to drop me some comments on Twitter and let me know your thoughts.

Or, if you feel up to it, why not include a visibly Islamic element/character/outfit in your next game? I would be happy to work with you on this to define something you feel happy about including in your games.

Liked our updates? Subscribe to our newsletter to get access to our game demos and exclusive insider updates!