It's been a crazy two months since I wrote the last blog post. In the last post, I talked about the 21 skills and ten worlds. Since then, I launched the game on Steam. Based on the first month worth of metrics, it looks like the game will be a flop. (Steam gamers tend to like deep games, tend to hate puzzle games, and it looks like the roguelike aspects of this game aren't enough to lift it out of the puzzle genre.)

Instead of dropping the project, I decided to cut scope, and cut the number of worlds in half, from ten to five. This will save me anything from weeks to months of development, and will allow me to shine a light on other, much-needed areas - such as audio production. Plus, if players enjoy the game, I can always add more worlds and skills later.

That brings us to the completion of the fourth of five worlds. Here's a list of some of the interesting enemies you encounter in the third and fourth world:

You can see (if you look carefully) two ice mimics here: 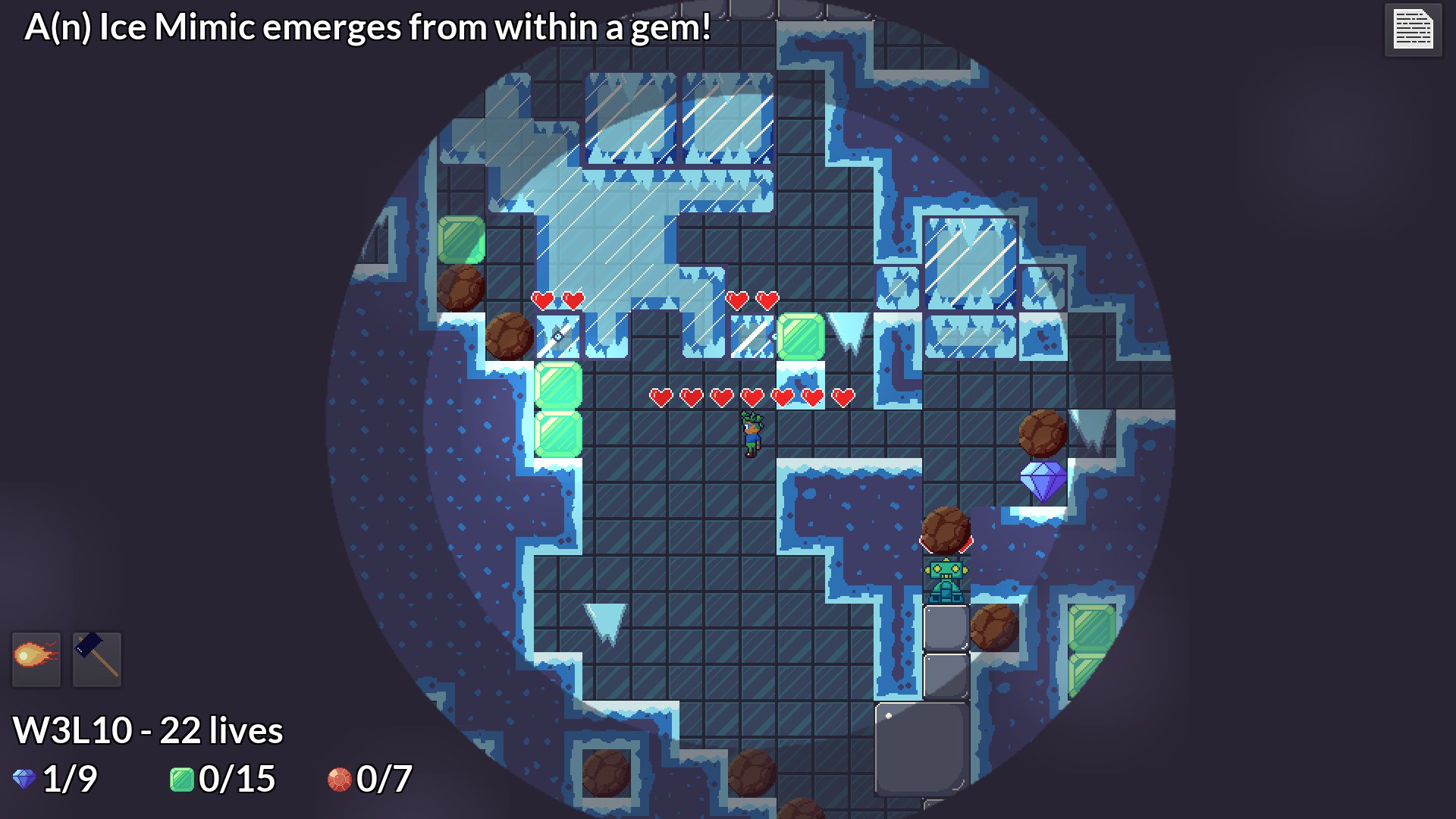 Here's a brief preview of the fifth and final (space / spaceship) world, featuring laser fields that oscillate on and off, and damage anything inside: 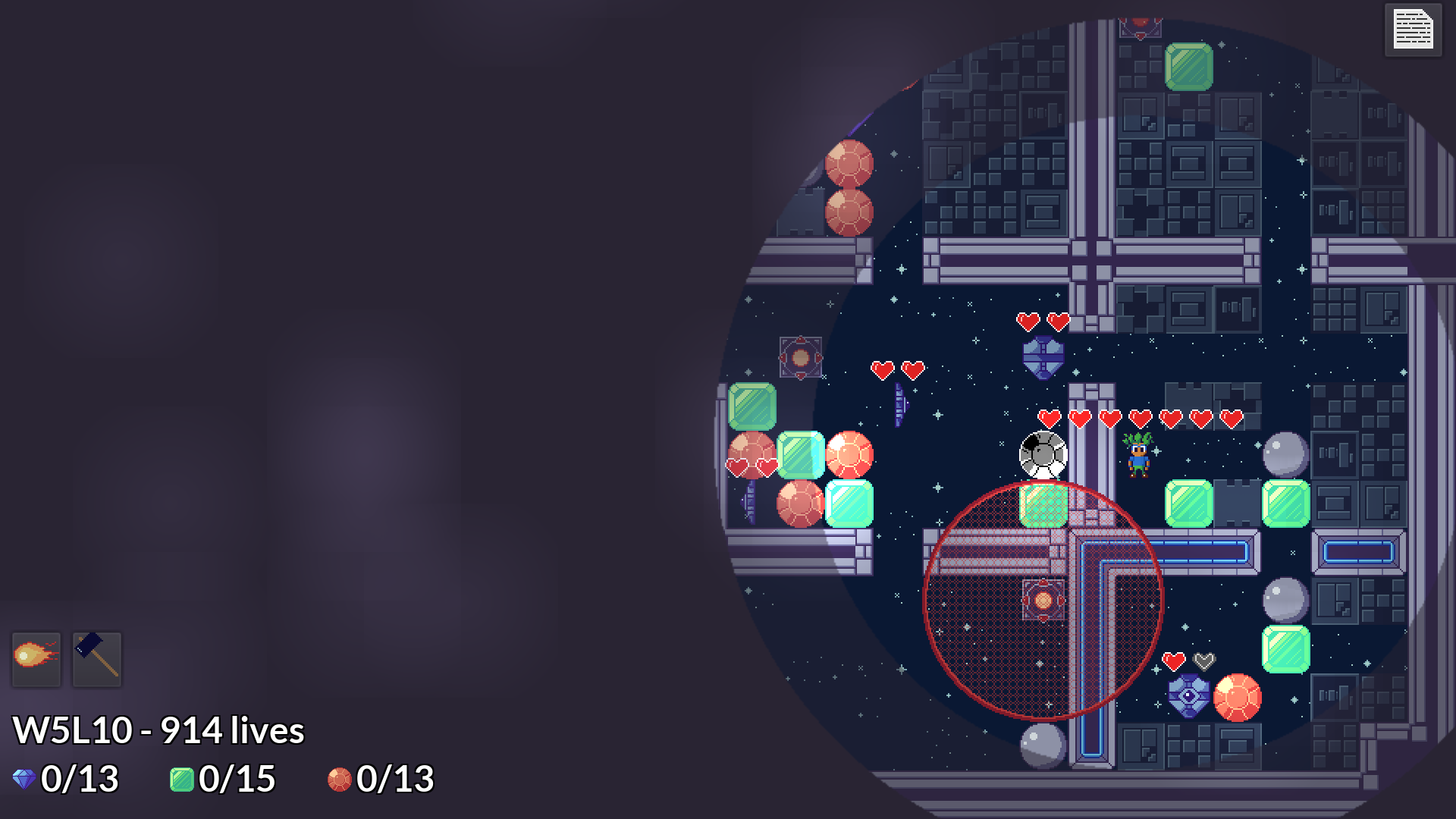 That's it for this month! If you would like to recieve weekly updates, you can sign up to my newsletter. That's the best place to get updates about the game; plus, I'll be sharing the password for the beta there, when it's ready.